Archaeological evidence indicates that the YPG area was occupied by native peoples for the last 12,000 years, but the evidence suggests that much of that occupation was sporadic and ephemeral, mostly small nomadic groups traveling through the area. Because of the scarcity of water, the harsh climate and rugged landscape, historic occupation of the Garrison was equally sporadic until the early 1900s. Scattered gold and silver mining took place in the highlands, and farming was concentrated in the Gila and Colorado River valleys; however, no known town sites or other notable historic settlements are located within the YPG boundary. 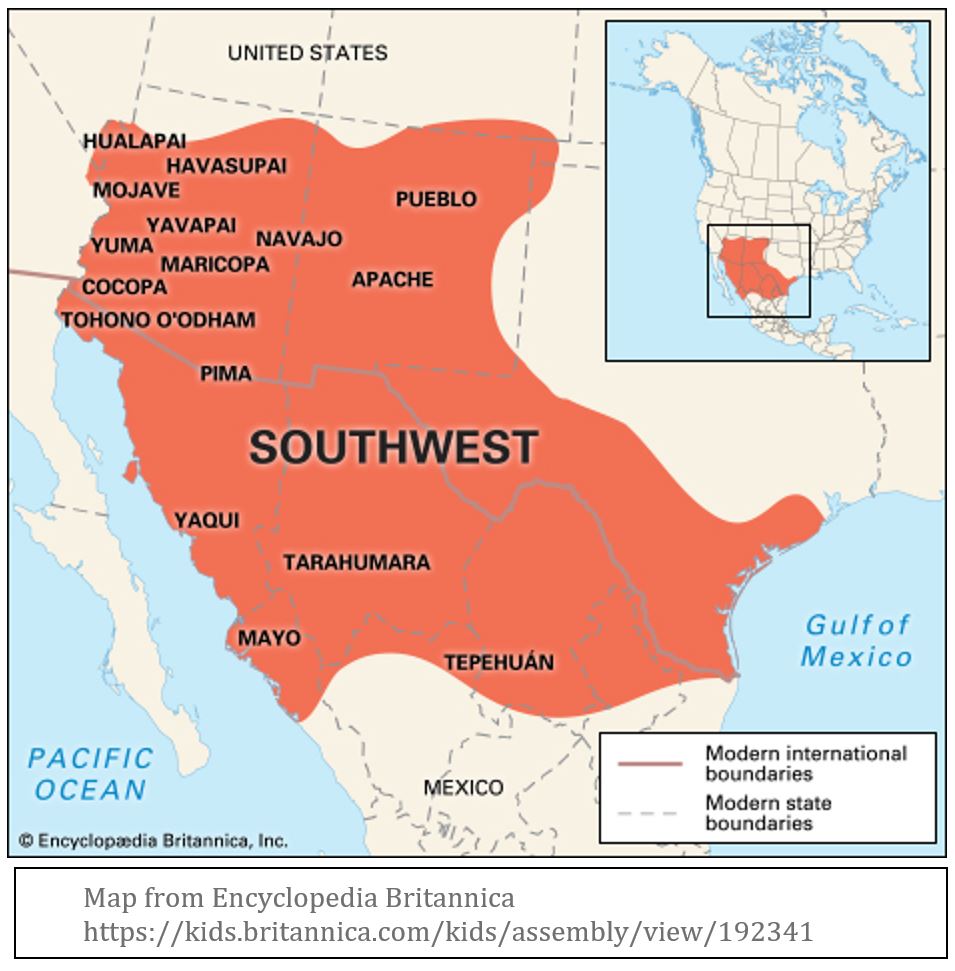 It is a large region marked by contrasting and diverse landscapes and divergent subsistence strategies that varied based on proximity to perennial water and available resources.

Many of the historic and prehistoric groups inhabiting the Southwest were largely dependent on farming, a way of life that most clearly differentiates the Southwest as a culture area and sets the region apart from other culture areas (e.g., the hunting and gathering areas of California, the Great Basin, the bison-hunting lands of the western Great Plains) (Cordell 1984). However, this agricultural way of life was not uniform across the Southwest, and was often supplemented by hunting and gathering of wild resources, particularly in the portion of the Sonoran Desert encompassed by YPG. In these non-riverine areas, a hunter-gatherer lifestyle continued to be practiced seasonally throughout prehistory (Altschul and Rankin 2008; Schaefer and Laylander 2007).

There are four major native cultural traditions of the Southwest: the Pima and Papago of southern Arizona and Sonora (and related peoples of northern Mexico), the Pueblo Indians of Arizona and New Mexico, the Athapaskan-speaking peoples—the Apache and Navajo, and the Yuman- speaking peoples of the Colorado River Valley, southern California, and Baja California. It is this last tradition with which the environment and material remains of YPG are most closely associated. 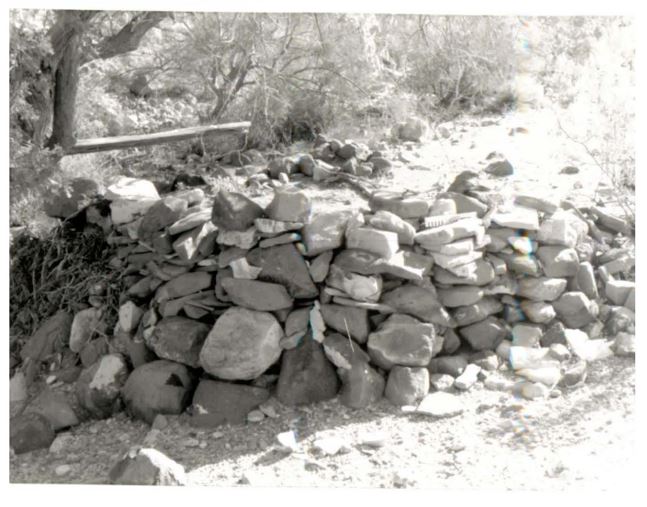 Rogers’ investigations along the lower Colorado River date back nearly 80 years (Rogers 1939). He trekked across the harsh desert environments of southeastern California and southwestern Arizona, recording scores of sites and hundreds of miles of prehistoric trails in the process (Apple 2012). Rogers recorded 12 sites within the area now encompassed by YPG (Rhodes 2012). He was the first to document the abundant archaeological remains in the White Tanks locality, which, in recent years, was determined eligible for listing in the NRHP as a district. Rogers first visited White Tanks in 1939, with subsequent trips in 1941, 1945, 1950, and 1956 (Schaefer 2014:76) (Figure 4-14). His campsite, recorded as AZ S:14:52(ASM), is a contributing element of the district (Figure 4-15), along with 46 prehistoric sites.

Typical of the Western Desert of Arizona, few early archaeologists took an interest in the lower Colorado River region, which reiterates the importance of Rogers’ work. The Gladwins briefly explored the lower Gila River in their search to demarcate the “red-on-buff” (Hohokam) culture. While their efforts focused more on the Gila Bend area, they did investigate sites near the confluence of the Colorado and Gila rivers (Gladwin and Gladwin 1930), just outside of YPG.

Schroeder (1952) surveyed portions of the lower Colorado River, south of Davis Dam, revisiting several sites recorded by Rogers in the North Cibola Range. His work continued to build on the ceramic typologies developed by Rogers (1939) and the Gladwins (1930) but otherwise did not change the Rogers overall cultural reconstruction for the region.

Breternitz (1957), similar to the Gladwins, also briefly explored the lower Gila River. While his work focused on the river and its terraces and did not extend into YPG, it represents another attempt to refine the culture history of the region. Breternitz’s survey reinforced earlier data that suggested the presence of Hohokam trade wares at Patayan sites. The following 25 years is characterized by a paucity of archaeological work in the region. This pattern would change abruptly as the NHPA developed into a robust federal law to protect cultural resources. 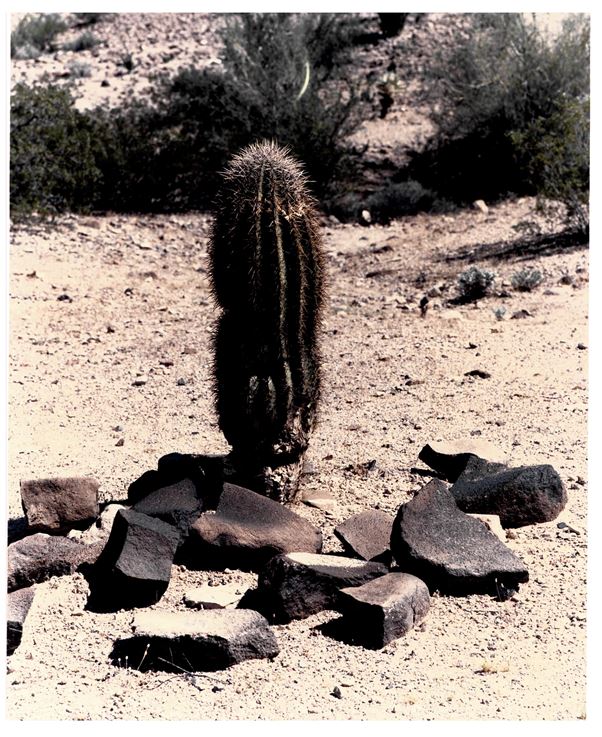 YPG is situated in a unique portion of the Sonoran Desert that is proximate to the Colorado and Gila rivers, but arid and rugged enough to have prohibited year-round settlement. The vast territory encompassed by YPG offered several important resources to prehistoric, protohistoric, and historic people in the region including valuable minerals and toolstone (including obsidian), large and small mammals, a diversity of desert plants, and important water sources for thirsty travelers. Here, we subdivide the prehistory of southwestern Arizona into two themes: Early Hunters and Gatherers (9500 B.C.–A.D. 700), and Ceramic Period Farmers and Foragers (A.D. 700–1800). 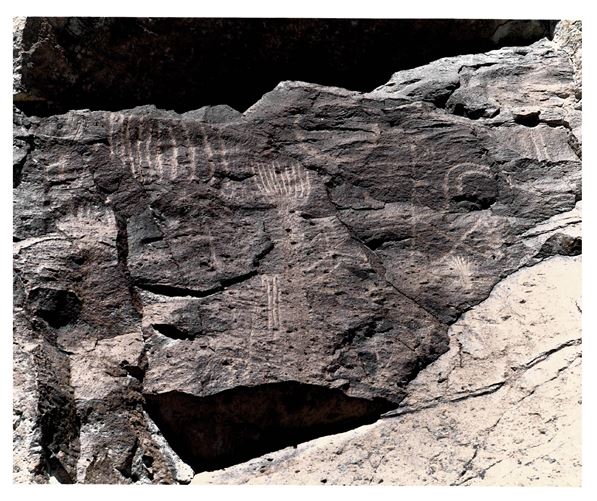 Although the area contains a fragile yet remarkable record of prehistoric and protohistoric human occupation, few researchers have taken a prolonged interest in the region (Altschul and Rankin 2008; Schaefer and Laylander 2007). In some ways, our understanding of cultural developments in the region, particularly during the early millennia of occupation, has not changed substantially since Malcolm Rogers intensively traversed the deserts of southeastern California and southwestern Arizona from 1920–1948 in search of what he termed the “scraper-maker people” (Rogers 1939). Much of the current archaeology that has been conducted in the region on the Arizona side of the Colorado River is the result of historic preservation efforts at USAG YPG through compliance with the NHPA.

NOTE: For more information on the Prehistory of the YPG area see Sections 4.6 and 4.7 of the ICRMP 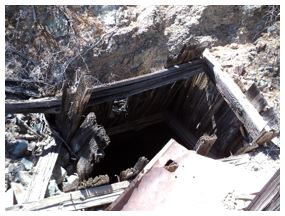 The YPG lies northeast of the confluence of the Colorado River and the Gila River, both major southwestern rivers, which served as routes of exploration and conquest and highways of transportation and commerce throughout the historic period. Although the boundaried area now known as YPG is part of a desert region rarely penetrated by people of European descent, the history of the YPG was heavily influenced by the activities that occurred along the Colorado and Gila rivers. Three themes are defined for the historic-period occupation of YPG: the Spanish Entrada (A.D. 1540–1821), American Miners (A.D. 1849–1942), and the Military Era (1942– present).

NOTE: For more information on the Historic Period of YPG see Sections 4.9 and 4.10 of the ICRMP 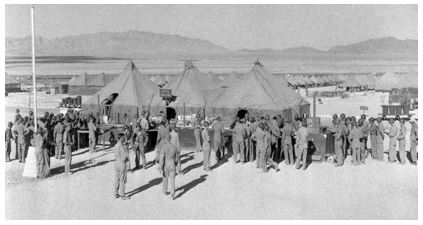 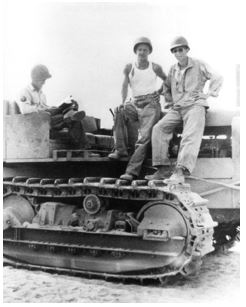 The military presence in the Yuma area had largely ended in 1897 when the Signal Corps left Fort Yuma. When World War II broke out, though, the military returned to Yuma. One of the most immediate needs of the U.S. Army was for a combat training area that resembled the deserts of North Africa. In 1942, General George Patton activated the Desert Training Center / California- Arizona Maneuver Area (DTC/C-AMA) (1942–1944), stretching 175 miles from the Mexican Border to southern Nevada and 150 miles from Indio, California, to Aguila, Arizona (Figure 4-12). More than one million soldiers in the Third, Sixth, and Ninth Armored Divisions and the Seventy- ninth Infantry Division trained at the DTC/C-AMA. They were housed in 11 temporary camps, seven in California and four in Arizona (Bischoff 2000; Smith 2003). The Arizona camps were Camps Hyder, Horn, Laguna, and Bouse. Camp Laguna is the only camp that is entirely within the present-day boundary of YPG, and the only one that is not located on public lands. Camp Laguna is a significant resource listed on the NRHP and is further discussed in Section 5.4. Camp Laguna and the other DTC/C-AMA installations were considered crucial in preparing Army personnel for combat during World War II. Camp Laguna was deactivated and demolished in 1944.

NOTE: For more information on the Military Era of YPG see Section 4.11 of the ICRMP